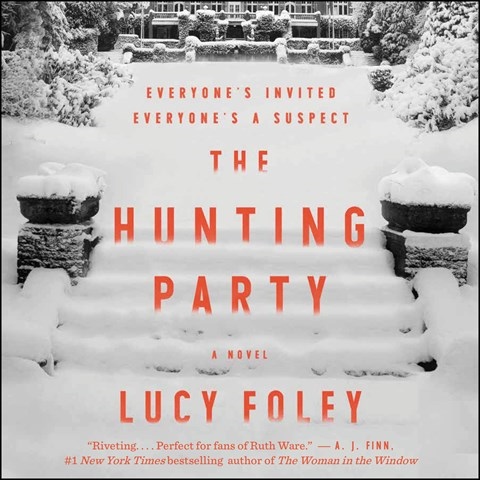 Five talented narrators deliver a shivery story in the style of an Agatha Christie mystery. One by one, the 13 people who are trapped by snow in an isolated lodge in the Scottish Highlands are found dead. Since this is a psychological thriller, most of the trapped guests and staff have ample opportunity to reveal their feelings about the past and present. Each chapter is written from the point of view of one of the suspects/victims--each portrayed by one of the five actors: Gary Furlong, Elle Newlands, Morag Sims, Imogen Church, and Moira Quirk. They move easily from Scottish burrs to the cadences of Oxford English. The format builds suspense but requires concentration to keep track of who is speaking. Listeners will be gripped by this contemporary take on the classic locked-room mystery. D.L.G. © AudioFile 2019, Portland, Maine [Published: FEBRUARY 2019]