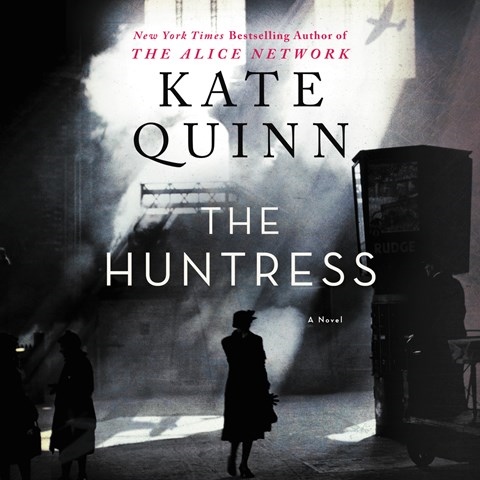 Saskia Maarleveld's beautiful voice is an impeccable instrument for this finely wrought historical novel. She can indicate a change of speaker with the subtlest shift of timbre, and often seamlessly alternates, say, the voices of an Englishman, a Siberian girl, and a Brooklyn-born man, with yet a different tone for the narrator, all in one paragraph. In the next paragraph it's a working-class Bostonian, a chilly Austrian with barely a trace of accent, and a wonderful warmhearted American girl. If only Maarleveld wouldn't swallow syllables. Sigh. The huntress of the title is a vicious Nazi murderess being sought on two continents by an ill-assorted, underfunded tiny team of avengers. Maarleveld's Nina, the violent, fierce and unexpectedly touching Russian, is particularly fine, among many great pleasures here. B.G. © AudioFile 2019, Portland, Maine [Published: APRIL 2019]