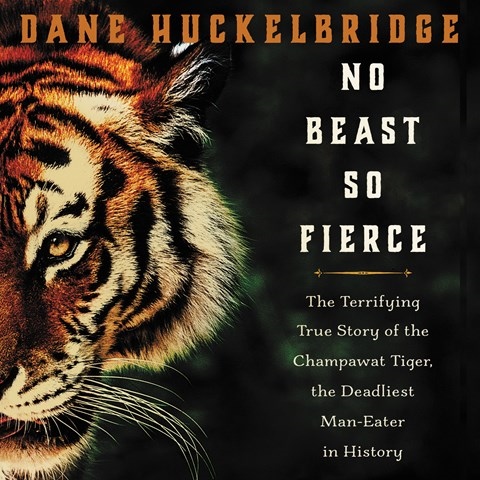 NO BEAST SO FIERCE The Terrifying True Story of the Champawat Tiger, the Deadliest Animal in History

Corey Snow narrates this true story of an angry tiger on a murderous rampage in the Himalayan foothills. He does so with vigor and excitement, bringing across to listeners the panic of villagers in this region during the early twentieth century. Snow infuses the story, based on actual events, with empathy for the wounded Champawat tiger, as she came to be known. He alternates between a warm tone when describing the tiger's dilemma at continued human encroachment on her habitat and an academic one for the details of British colonial history that provide rich historical context. Snow captures the drama of the tracking and hunting by both the tigress and the British young man tasked with stopping her. M.R. © AudioFile 2019, Portland, Maine [Published: APRIL 2019]