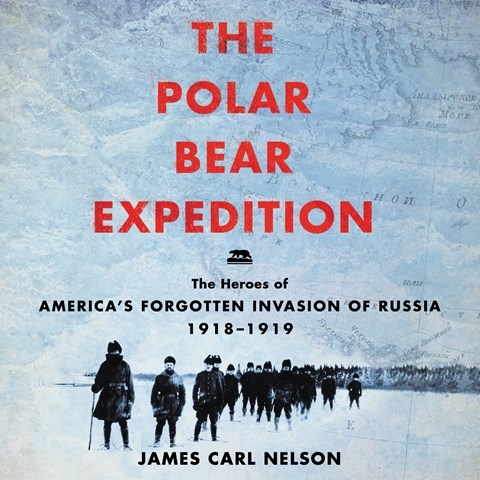 THE POLAR BEAR EXPEDITION The Heroes of America's Forgotten Invasion of Russia, 1918-1919

Johnny Heller gives a fine narration of the United States' participation in the Allied attempt to stop the Bolshevik Revolution. When Russia withdrew from fighting the Germans after the Bolsheviks took power, President Wilson dispatched U.S. troops to Northern Russia in the vicinity of Archangelsk and to the Far East around Vladivostok. This account describes the experience of the 5,000-strong American contingent in Northern Russia, the largest unit being the 339th Infantry Regiment of the Michigan National Guard, who were under the command of the British. These troops saw extensive combat with the Reds and suffered more than 200 casualties. Heller has a clear voice with a somewhat quick, staccato delivery, which does not take away from this forgotten incident. M.T.F. © AudioFile 2019, Portland, Maine [Published: APRIL 2019]