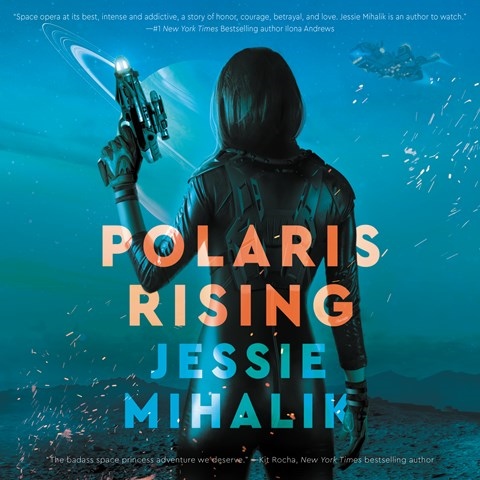 This first book in a new romantic sci-fi series is perfect for listeners who like their love stories spiced with a little action. Far in the future, Ada von Hasenberg, whose father is part of the power elite who rule the universe, seeks to escape a planned arranged marriage. In doing so, she joins forces with outlaw Marcus Loch. Narrator Emily Woo Zeller performs the majority of the story in a smooth tone but also includes an undertone of desperation that draws listeners in. She alters the tension in her voice throughout, capturing the slightly frantic voice of Ada perfectly. Her vocal differentiation of Ada and Marcus is superb, making one forget that it's only one talented narrator portraying both characters. This is an immersive romance. N.H. © AudioFile 2019, Portland, Maine [Published: MARCH 2019]