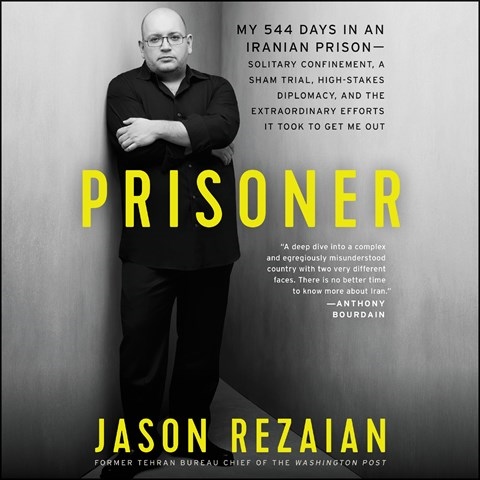 PRISONER My 544 Days in an Iranian Prison--Solitary Confinement, a Sham Trial, High-Stakes Diplomacy, and the Extraordinary Efforts It Took to Get Me Out

Jason Rezaian gives voice to his harrowing story of arrest and imprisonment in Iran. He is steady and unflinching as he describes the first moments of being accused of spying for the U.S. while serving as the WASHINGTON POST's bureau chief in Tehran. This is a detailed account of one Iranian-American's love affair with the land of his heritage and how it goes horribly wrong due to the suspicions of its government. Rezaian recounts the many interrogations he was subject to, alternating between his own perspective and that of the security forces in believable exchanges. Fans of current events and global politics will find this a riveting listen. We are with Rezaian every minute of his perilous journey. M.R. © AudioFile 2019, Portland, Maine [Published: JANUARY 2019]