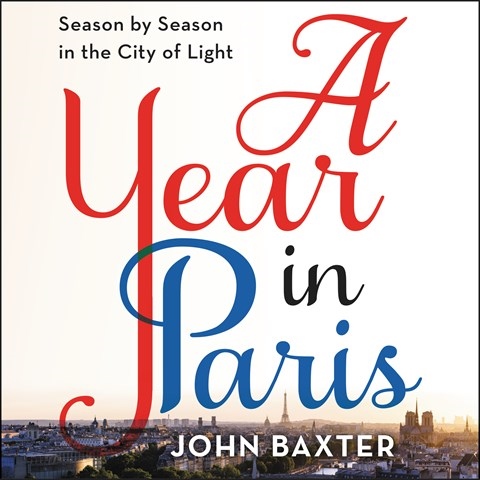 This audiobook is given a nuanced and able narration by Graham Halstead. However, despite its ostensible subject, Parisian seasons, it ranges widely, inexplicably, with whistle stops in Los Angeles, around Australia, and other parts of France. The author spends much time on the short-lived Republican Calendar that came out of the French Revolution and its scoundrel creator, Fabre d'Eglantine. Asides abound on French vacations, Paris in August, the crocodile of the Seine, buskers, and anecdotes galore on Piaf, Cocteau, Nijinsky, Diaghilev. The author, an ex-pat Aussie, has lived in Paris for two decades and has created several works on things French. This audiobook purports to be about four seasons in the eternal city. But the listener might wonder amid all the diversions what might have been with more focus on the City of Light itself. A.D.M. © AudioFile 2019, Portland, Maine [Published: MARCH 2019]