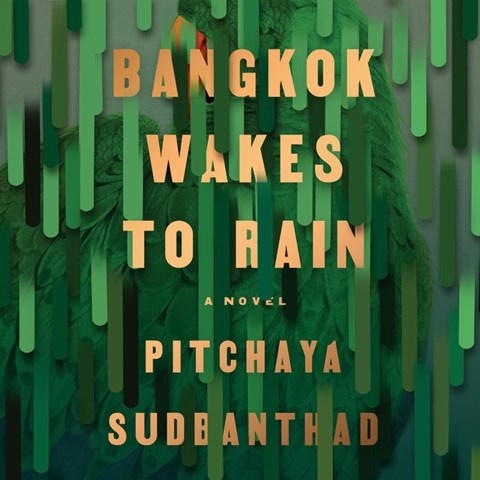 Scottish actor Euan Morton adopts a primarily American intonation for Pitchaya Sudbanthad's impressive multilayered evocation of Bangkok past, present, and future. The choice makes sense, as many of the characters are American visitors or Thai expats living in the States. When called upon, Morton's Thai pronunciation is almost always correct. The audiobook comprises short stories that progress in roughly linear fashion from that of a mid-nineteenth-century missionary doctor to one about teenagers in the near-future who guide tourists over and around their sunken city by boat. Morton's smooth, unhurried pace echoes the fluid, aqueous writing that mirrors Bangkok's riverine setting. Also, he doesn't differentiate vocally between humans and spirits, which maintains the flow and otherworldly quality of this unusual and arresting debut novel. A.C.S. © AudioFile 2019, Portland, Maine [Published: MAY 2019]