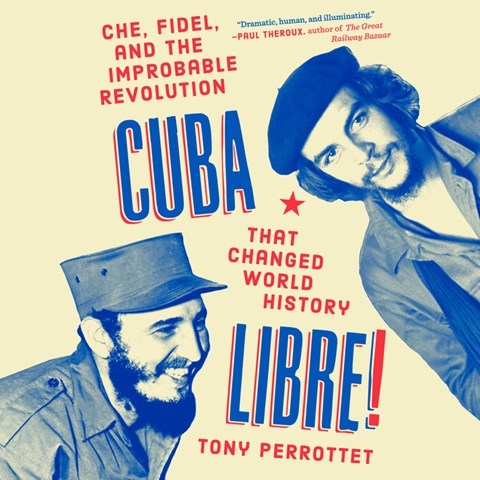 Narrator Robertson Dean's rich and sonorous voice gives warmth to this very human story of the Cuban Revolution, which is little known to most Americans. This sympathetic portrait of its key figures is an ideal introduction to Fidel Castro and Che Guevara's successful fight to overthrow the ruthless Fulgencio Battista in the 1950s. However, the narrative is longer than it needs to be, and Dean's languid pace compounds this problem, making some parts a slow listen. But it's worth the time, as Perrottet, an Australian journalist, does an admirable job of telling this engaging story without getting bogged down in its ideology, choosing to focus instead on the key figures as they were then, rather than the men they would become. D.B. © AudioFile 2019, Portland, Maine [Published: FEBRUARY 2019]