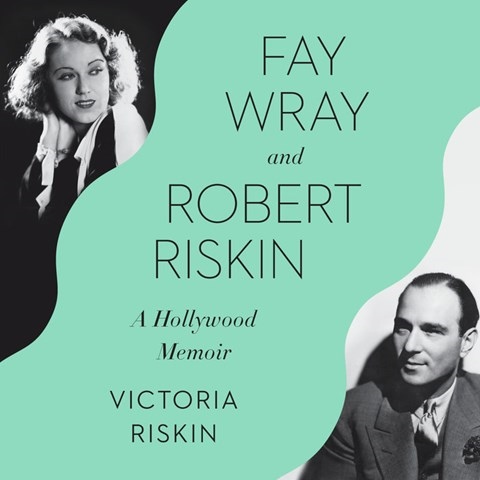 Narrator Julia Whelan's tone is just right for this intimate look at Hollywood's Golden Age. A lovely tribute, this dual biography describes the lives of Riskin's parents. Her mother, actress Fay Wray, made over 120 films and is best remembered for being the beauty the beast falls for in KING KONG. Her father, Academy Award-winning producer and screenwriter Robert Riskin, is famous for such films as LOST HORIZON and IT HAPPENED ONE NIGHT. Whelan's intelligent interpretations of the parties, the affairs, and the Hollywood politics are nicely understated. With unsentimental tenderness, Whelan's performance captures a love story that spanned decades. S.J.H. © AudioFile 2019, Portland, Maine [Published: APRIL 2019]