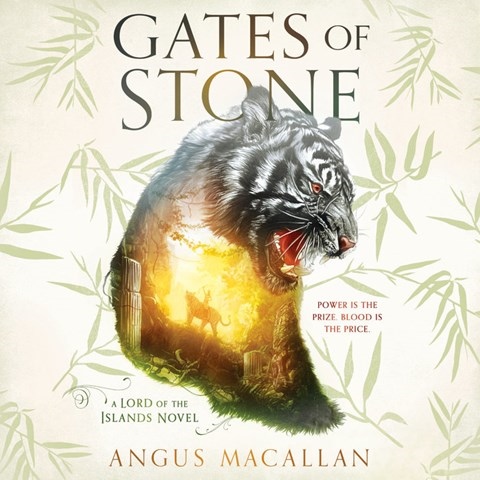 GATES OF STONE Lord of the Islands, Book 1

Narrator Mandy Williams has many different characters to master in this new fantasy series, Lord of the Islands. Principal among them is Katarina, who is denied her legacy as heir to the throne at 16 because of her gender and forced to marry. But soon after, she murders her husband--and begins her campaign to win the throne. Williams also delivers three subplots in which male characters are central. There is much world-building in these Asian-inspired cultures. Williams handles the explication at a steady pace and is unfazed by a generous amount of bloods and guts. J.E.M. © AudioFile 2019, Portland, Maine [Published: MAY 2019]