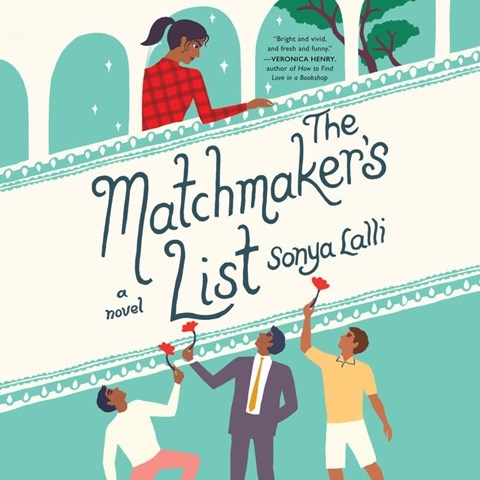 Narrator Soneela Nankani builds from a slow start in this textured story of Indian-Canadian matchmaking in Toronto. Raina Anand, who is nearly 30, submits to her grandmother Nani's matchmaking efforts until she finally rebels, taking the drastic step of pretending to be gay. In the first half of the story, Nankani's pacing is slow, and Raina and Nani's dating comments aren't formatted for audio clarity. Nankani also sounds consistently worried. This anxious foreshadowing never materializes into a plot development. However, her narration perfectly represents the accents of the characters and is clear and smooth. This professionalism moves the story along until Raina's repressed feelings emerge and energize the story. As Raina discovers her path, Nankani's narration becomes more appealing, and the final result is layered intergenerational chick-lit. C.A. © AudioFile 2019, Portland, Maine [Published: FEBRUARY 2019]