Home»Reviews»RENEGADE WOMEN IN FILM AND TV 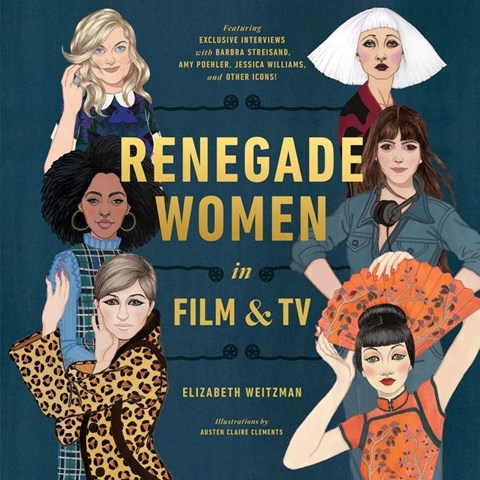 RENEGADE WOMEN IN FILM AND TV

Narrator Mozhan Marno provides an intimate, consistent, and competent performance of this audiobook. Employing extensive research, including some exclusive interviews, former NY DAILY NEWS critic Elizabeth Weitzman offers a brief encyclopedic guide to the women who contributed their special gifts to the film and television industries, both in front of and behind the camera. The first half deals with older figures, the second half with those more contemporary. Mary Tyler Moore's profile is noticeably briefer than that of Joan Ganz Cooney, a creator of Sesame Street, which will likely leave the listener feeling a bit shortchanged. All the industry contributors you might expect, and many you might not, are here: Nora Ephron, Anna May Wong, Lucille Ball, among others. Listeners may well enjoy this brief history of film and television, with an emphasis on brief. W.A.G. © AudioFile 2019, Portland, Maine [Published: APRIL 2019]