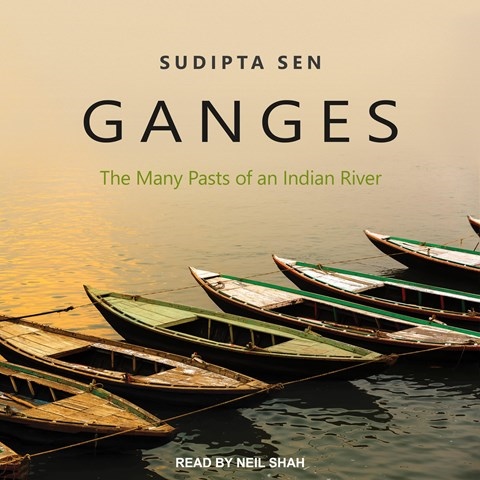 GANGES The Many Pasts of an Indian River

Despite an earnest and effective narration by Neil Shah, this audiobook is a slog. It is long, often turgid, and almost overwhelmed by Hindi quotes that make the work nearly inaccessible. The subtitle--"The Many Pasts of an Indian River"--hints at the audiobook's diversity: It is at once a collection of myths, an exegesis of texts, and a cultural history. Author Sudipta Sen rightly states that the contemporary Ganges has at least two conflicting paths: sacred and profane. Millions of pilgrims visit for spiritual nourishment or after death, end there in funeral fires. Sadly, industrial and human waste has made it toxic, and pollution causes political, social, and public health issues. This highly informed work is probably better read than listened to. A.D.M. © AudioFile 2019, Portland, Maine [Published: APRIL 2019]