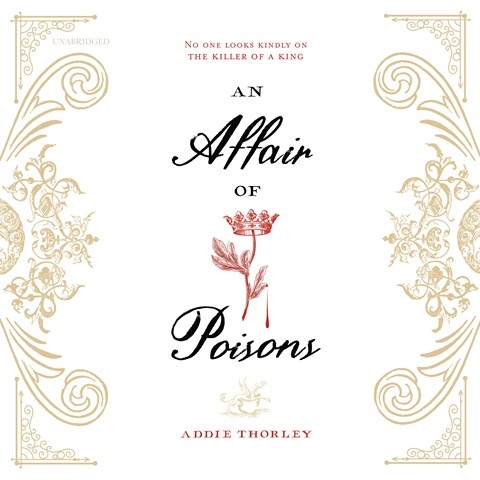 AN AFFAIR OF POISONS

Accomplished narrators Emily Woo Zeller and Tim Campbell impressively narrate Addie Thorley's debut historical fantasy, in which King Louis IV and much of his court are poisoned to death. Mirabelle, a thoughtful young alchemist, is inadvertently caught up in her mother's plans to overthrow the monarchy. Zeller portrays her with anguish and hopefulness befitting the brilliant but naïve young woman. Josse is the Sun King's disgraced illegitimate son, who manages to save four royal half-siblings, including the haughty dauphin. For him, Campbell uses a deep tone evoking anger, protectiveness, and insecurity. As Mira and Josse join forces, the dual narration brims with the intensity of the riveting plot. S.A.C. Winner of AudioFile Earphones Award © AudioFile 2019, Portland, Maine [Published: APRIL 2019]