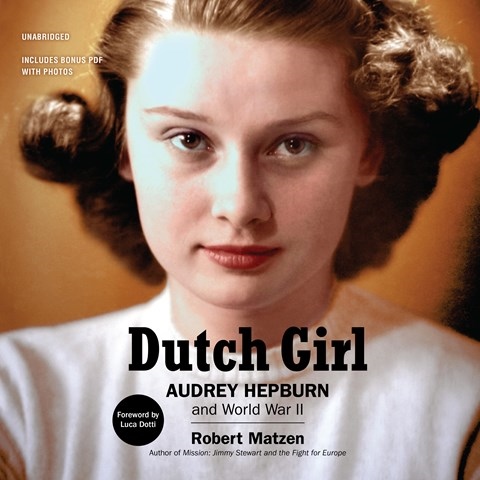 Tavia Gilbert provides a sensitive and appropriately paced narration of actress, humanitarian, and UNICEF ambassador Audrey Hepburn's early years. The five-year Nazi occupation of the Netherlands when she was a teenager provides the framework for this historical biography. The well-researched work creates a fiction-style narrative of the harrowing, malnourished realities of Hepburn's day-to-day life as part of the Dutch resistance. Gilbert's performance is rapid, precise, and appealing. Listeners will learn much that is new about the silver screen icon. In his foreword, Lucca Dotti, Hepburn's son, suggests that his mother's experiences during the war made her the woman she later became, a dedicated activist working to feed the world's hungry. Riveting, powerful, and memorable listening await the listener. W.A.G. © AudioFile 2019, Portland, Maine [Published: MAY 2019]