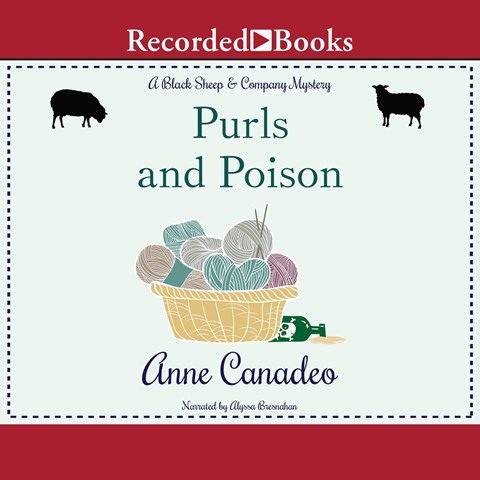 Narrator Alyssa Bresnahan delivers an engaging mystery. When Suzanne Cavanaugh's hated business rival is murdered, she finds herself the main suspect. Though this protagonist is perhaps the least likable of the five friends known as the Black Sheep Knitters, around whom this series centers, Bresnahan quickly entices listeners to empathize with her distress. Using effective pacing to draw listeners in, Bresnahan then holds back at just the right times to capture the drama. As the net closes more tightly around Suzanne, Bresnahan effectively conveys her panic and makes the tension palpable as the actual murderer is about to be revealed. V.M.G. © AudioFile 2019, Portland, Maine [Published: FEBRUARY 2019]