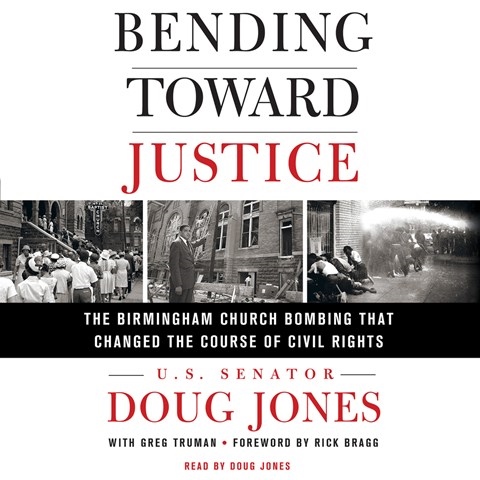 The U.S. senator who wrote this book narrates it, too. He is good at both, solid but not outstanding. Jones is the main character in this combined political autobiography and story of his successful prosecutions in 2001 and 2002 of two participants in the 1963 Birmingham, Alabama, church bombing, which killed four African- American girls. Jones has a pleasant Southern accent and does a fine job as himself. It's probably fortunate that he does not have to stretch beyond that--he is much more of a reader than a performer. Political books like these, though, are meant mainly to introduce public officials in a positive way to a broader public. Through decent prose and performance, Jones does just that. G.S. © AudioFile 2019, Portland, Maine [Published: AUGUST 2019]