Home»Reviews»A WOMAN IS NO MAN 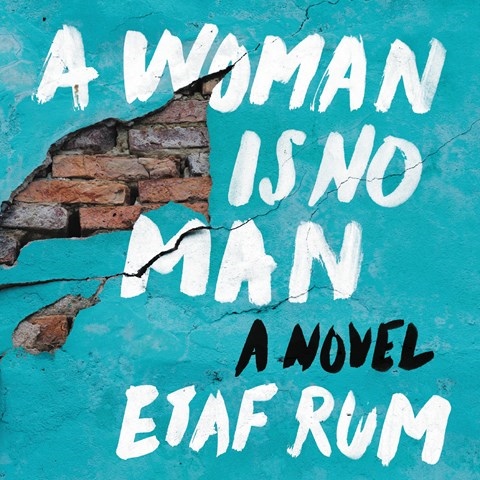 A WOMAN IS NO MAN

Three female narrators work together in this Palestinian family epic. Ariana Delawari, Dahlia Salem, and Susan Nezami provide variations in accent, rhythm, and speed so listeners can distinguish between the main characters. Delawari is the voice of teenage Isra, a daydreaming village girl who leaves behind all she knows in a move to America after an arranged marriage. Listeners are moved by Isra's plight, which grows worse as she tries to meet the unrelenting demands of her mother-in-law in Brooklyn. Salem assumes the hurt, confused voice of Deya, Isra's teenage daughter, who finds herself in the same scenario of arranged marriage several decades later. Nezami is the older, mature, and dominating Fareeda. Listeners will become enmeshed in the overlapping ambitions of these fascinating women. M.R. Winner of AudioFile Earphones Award Â© AudioFile 2019, Portland, Maine [Published: FEBRUARY 2019]