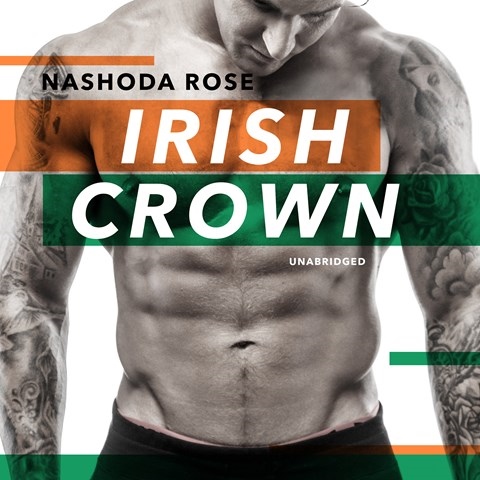 Seasoned narrators Justine Eyre and Tim Gerard Reynolds give voice to the story of Toronto nurse Eva and Irish bad boy Deaglan. When Eva is caught up in danger relating to Deaglan's past, their one-night stand turns into much more. Eyre, who reads the majority of the story, gives a high-energy performance and handily distinguishes between multiple characters. However, her somewhat exaggerated tone, inconsistent accents, and unclear pronunciations detract from the overall story. Reynolds's few sections shine brightly in comparison. The lilting Irish accent he uses for Deaglan gives the character the sensuality that is missing from Eyre's portrayal of him. Overall, this is an uneven performance. A.L.S.M. © AudioFile 2019, Portland, Maine [Published: FEBRUARY 2019]