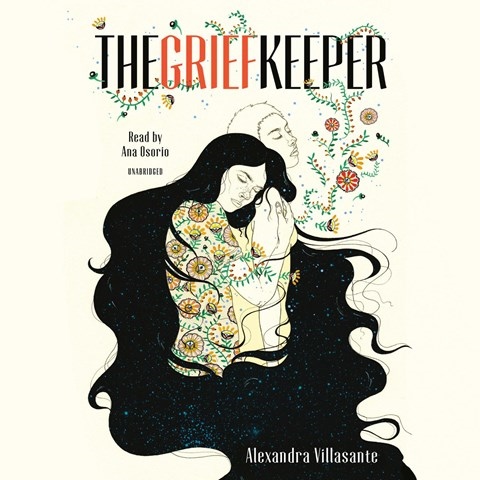 Ana Osorio narrates this timely audiobook about the immigrant experience with dashes of teen romance and science fiction. Marisol and her younger sister, Gabi, fled El Salvador for the U.S. after their brother became embroiled in gang violence. Indranie, a U.S. government employee and an immigrant herself, says she will work on getting the girls asylum if Marisol agrees to act as a test subject in a grief-transference experiment. They move in with Rey, the girl whose grief will be transferred to Marisol. As Marisol spends time with Rey to assist with the experiment, a romance begins to develop between the two girls. Osorio, a native Spanish speaker, is equally convincing voicing Marisol and Gabi's Salvadoran accents, Rey's American accent and teenage-girl intonations, and Indranie's Indian accent. S.P. © AudioFile 2019, Portland, Maine [Published: AUGUST 2019]