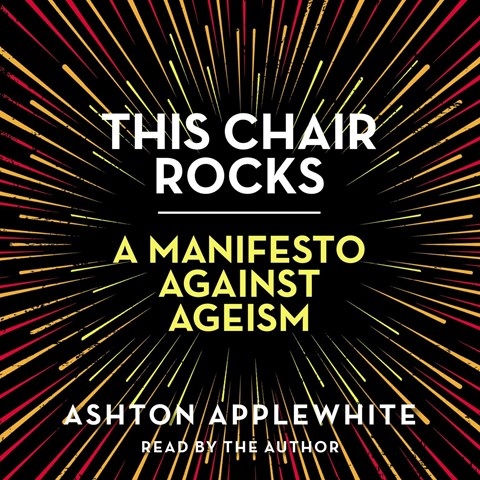 THIS CHAIR ROCKS A Manifesto Against Ageism

Ashton Applewhite narrates her hard-hitting broadside about the realities of age discrimination. In doing so, she turns her well-documented message into a call to action for senior citizens who feel the sting of being treated like second-class citizens. Her gender-neutral vocal character--neither too feminine nor too masculine--is confident, clear, and assertive. This, along with her exhaustive research, will provoke "agers" (not "the aged") to speak up when others blame them for their physical impairments and mental idiosyncrasies. Applewhite is in her sixties but writes and reads with the audacity we associate with younger people. She's effective in drawing on her personal experiences as she reminds agers of their strengths and suggests ways for them to combat what is the last widely accepted form of discrimination in America today. T.W. © AudioFile 2019, Portland, Maine [Published: APRIL 2019]