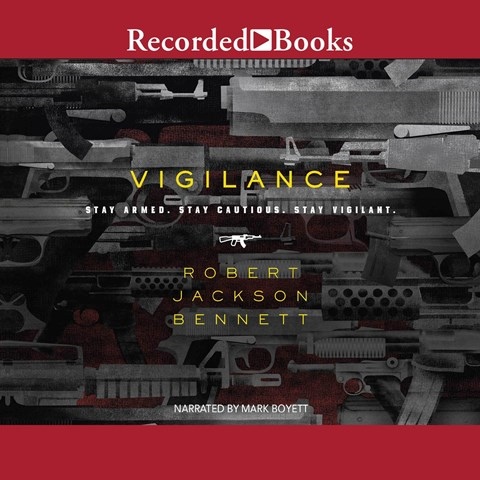 Narrator Mark Boyett reads with a newscaster's authority that makes this audiobook even more frightening. If Robert Jackson Bennett wanted to write something that would give people nightmares, he succeeded. The most frightening thing about the story is the feeling that it actually could happen. A cell-phone-addicted public has become desensitized to videos of real-life shootings, torture, and murder. Enter a company that monetizes crime and turns killings into a show through which people can bet on the winners and the losers. In a society in which everyone carries a gun and the police are useless, the "Vigilance" show allows people to vent their murderous feelings. An audiobook along the lines of the Purge series, VIGILANCE dramatizes a human race devoid of compassion. M.S. © AudioFile 2019, Portland, Maine [Published: APRIL 2019]