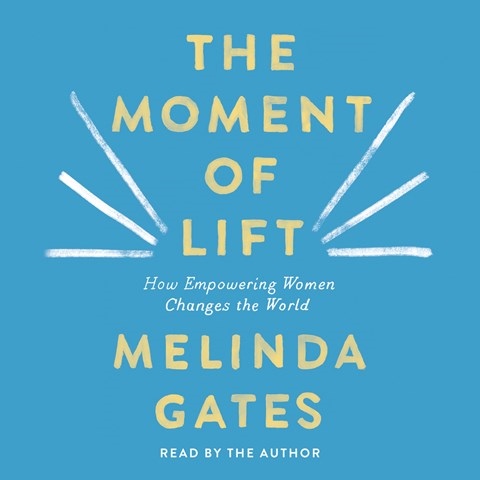 THE MOMENT OF LIFT How Empowering Women Changes the World

At a time of celebrity biographies, Melinda Gates, philanthropist and wife of Bill Gates, the founder of Microsoft, narrates her own story of growing awareness of women's lives worldwide. She does so in a strong, affirmative voice that tells all, even her own reluctance, as a practicing Catholic, to become a spokesperson for contraception. Gates is the feminist we all need; she has studied how broadening women's rights also raises their earning potential, which contributes to national development. Listeners will revel in the personal details of her own awakening to how childbearing and poor maternal health are the major limitations facing women worldwide. Speaking in a firm tone, Gates does not let herself off the hook for the years it took her to come to this realization. M.R. Winner of AudioFile Earphones Award, 2019 Best Audiobook © AudioFile 2019, Portland, Maine [Published: MAY 2019]