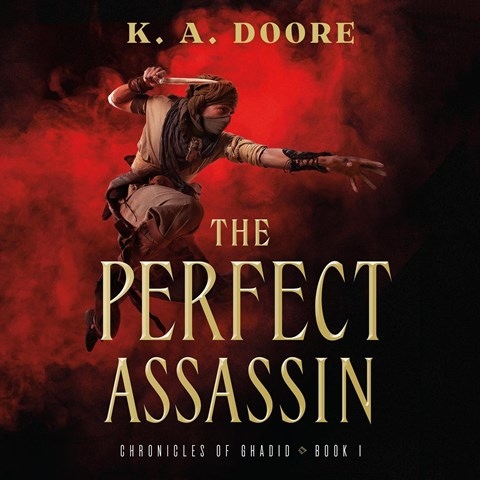 Narrator Amin El Gamal gives each character a different accent and timbre in this fantasy. The story is set in Ghadid, a desert country where water is so precious that it serves as currency. At the story's heart is Amastan, who has just finished his training as an assassin in the Basbowen clan. But the soft-spoken youth is more content in his other job as a scribe. When a drum chief is found murdered, Amastan is drafted to uncover the killer. He also has to contend with a spirit that is terrorizing residents. El Gamal does a masterful job of animating these desert denizens, including Amastan's friends and family as well as the suspects identified in his investigation. What results is a suspenseful treat. D.E.M. © AudioFile 2019, Portland, Maine [Published: APRIL 2019]