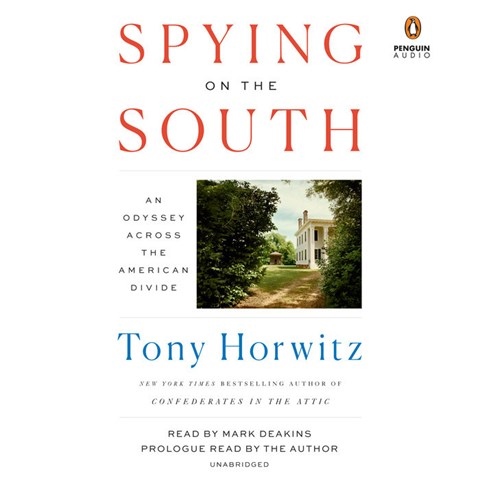 SPYING ON THE SOUTH An Odyssey Across the American Divide

This literary road trip translates well to audio, as it relies heavily on description and anecdote. The twin travelogue recounts Frederick Law Olmsted's journey through the pre-Civil War South and writer Tony Horwitz's 21st-century attempt to re-create that journey. At the time, Olmsted was working as a journalist for the NEW YORK TIMES. Mark Deakins offers an engaging narration. His conversational tone and pacing suit the material well, and he hints at regional dialects just enough to set those speakers apart. He captures Olmsted's and Horwitz's wonder at America's natural beauty. He also renders Horwitz's sense of humor as he describes some of the oddities he encounters and voices his disappointment at finding vestiges of the prewar South in the current day. R.C.G. © AudioFile 2019, Portland, Maine [Published: MAY 2019]