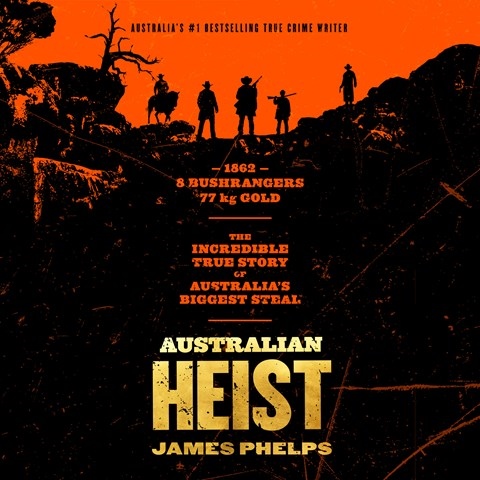 This audiobook tells the outrageous story of a dramatic heist and, at the same time, describes the nation of Australia in the latter part of the nineteenth century. In June 1862, a gang of robbers pulled off Australia's most daring crime, absconding with 77 kilograms of gold, worth about $10 million today. Peter Hosking's performance is complicated. On the one hand, his delivery of narrative, with an Australian accent and a husky tone, is somewhat slow and deliberate. Just when you think you have him pegged, though, he pulls out character voices for men and women, demonstrating that he has a considerable vocal range and making the audiobook come alive. In the end, these moments are few and far between, making this effort disappointing, given the exciting story. R.I.G. © AudioFile 2019, Portland, Maine [Published: MAY 2019]