Home»Reviews»THE LADY FROM THE BLACK LAGOON 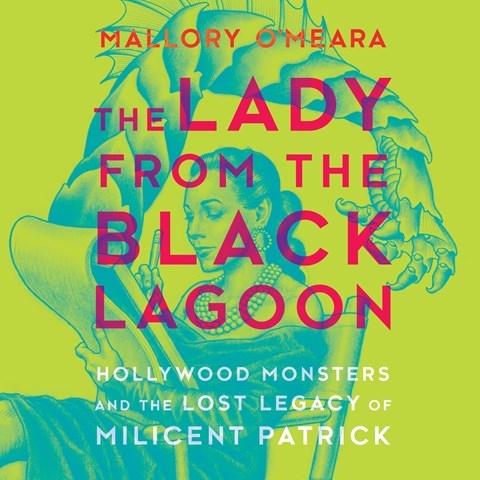 Mallory O'Meara offers her first audiobook after a career in the independent film and new media industries. Her pleasant but mostly unvaried narration does little to shed light on her well-researched portrait of the first of very few women who have designed monsters for horror films, former Disney animator and special effects designer Milicent Patrick. Much of the audiobook is about O'Meara herself and the sexist discrimination she and Patrick have met since the release of THE CREATURE FROM THE BLACK LAGOON in 1954. O'Meara's tone and vulgar language often reflect her anger toward the predominantly male film industry. Patrick, who also acted on the silver screen, was a woman ahead of her time, but O'Meara's framing of the interesting bits within a strongly feminist agenda does little to boost understanding of the accomplishments of the Creature's creator. W.A.G. © AudioFile 2019, Portland, Maine [Published: MARCH 2019]