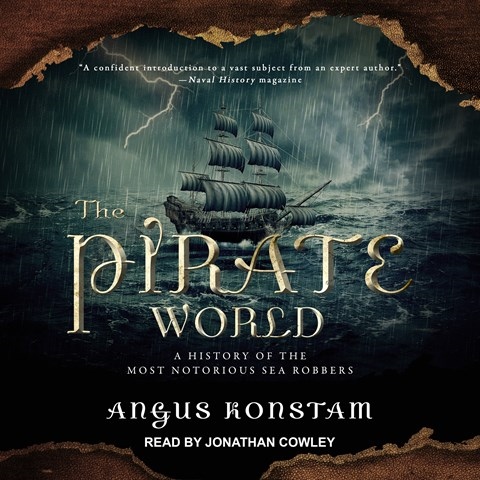 THE PIRATE WORLD A History of the Most Notorious Sea Robbers

What's a pirate? What's a privateer? Narrator Jonathan Cowley draws fine lines with his voice as author Angus Konstam makes such distinctions. Listeners likely won't retain all the historical details, even if they remember the precise terms for famous figures like Sir Francis Drake and Henry Morgan. After all, the first known pirates were in the fourteenth century B.C., and piracy continues today--often linked to terrorism. However, listeners will get Konstam's point that pirates aren't the sanitized figures of movies and novels. Still, those who've enjoyed a few pirate tales might like hearing about the reality that inspired characters like Jack Sparrow. Cowley spins a good yarn, even when slowing down to include lots of facts. J.A.S. © AudioFile 2019, Portland, Maine [Published: JUNE 2019]