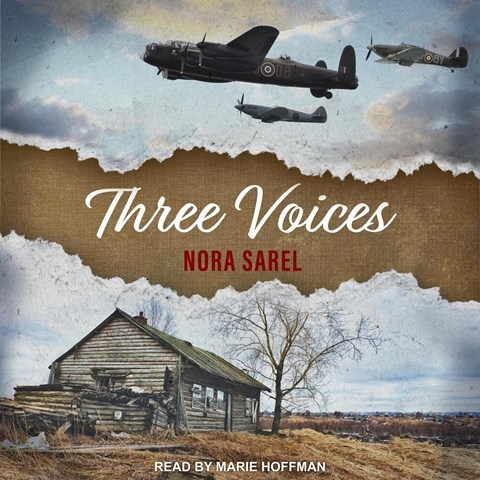 Marie Hoffman narrates this fictionalized Holocaust memoir composed of three parallel stories told in the first person. In a soft voice Hoffman becomes Krakow-born Lena, an old woman talking of her childhood, when, from the ages of 3 to 7, she was hidden in Nazi-occupied Poland by kindly Gentile farmers. Hoffman uses a Polish accent sparingly for this version of Lena. Part 2 is also told by Lena, who is now a Christian. In heavily accented Polish, she describes her life after WWII to Americans who are seeking their ancestors. The third voice is that of a Polish priest who is seeking absolution for having denounced the Jewish Lena and protecting the Christian one. Told as oral history that lacks the interviewer's voice, THREE VOICES is sometimes confusing and often sad but worth the listen. M.B.K. © AudioFile 2019, Portland, Maine [Published: APRIL 2019]