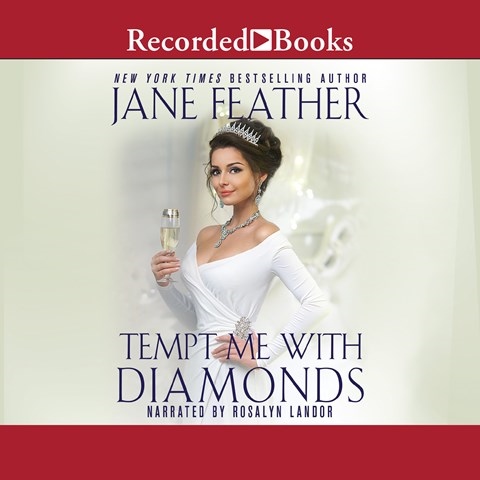 TEMPT ME WITH DIAMONDS

Rosalyn Landor narrates this turn-of-the-century romance with aplomb. When Colonel Rupert Lacey returns from South Africa, he finds that he must share his home with Diana Sommerville, his former fiancée. To avert social disaster, they decide to face the world as a married couple. Landor gives Rupert a deep voice that is rigidly controlled until the beautiful Diana leads him astray. Her rich, husky purr still stirs him, and sparks fly. Landor renders their voices to reflect the tender emotions the two hide from others. This well-read audiobook is further enhanced by portrayals of England's working classes, including the distinct accents and tones of characters such as authoritative nursemaid Agnes and Diana's pompous solicitor. A.M.G. © AudioFile 2019, Portland, Maine [Published: APRIL 2019]