Home»Reviews»STATE OF THE ART HEIST 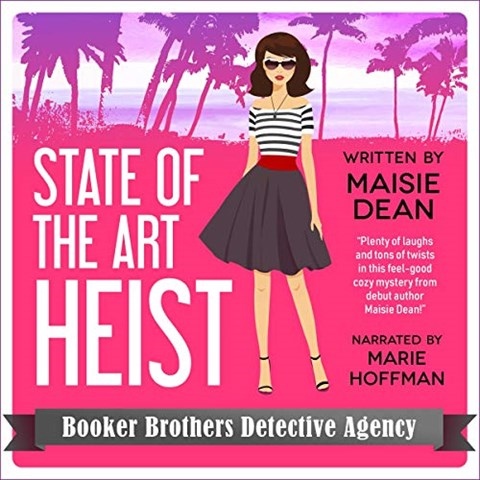 Narrator Marie Hoffman's portrayal of Kasey Chance reflects the energy and enthusiasm of the actress-turned-investigator. When Kacey walks into the Booker Brothers Detective Agency on her first day, she's plunged into an art theft that threatens the very existence of the company. After having given up her dream of becoming a Hollywood actress, Kacey thinks she has finally found her ideal job. Through the vivid interpretations of Hoffman, listeners clearly recognize the three brothers who run the agency: the playboy, the straight arrow, and the geek. With its clever moments, this audiobook proves to be a delight. V.M.G. © AudioFile 2019, Portland, Maine [Published: APRIL 2019]