Home»Reviews»THE PRIORY OF THE ORANGE TREE 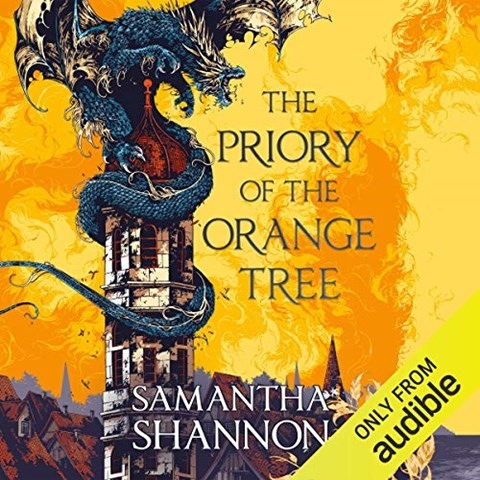 THE PRIORY OF THE ORANGE TREE

A sprawling and intricate fantasy world is brought to life by narrator Liyah Summers. A queen, a mage, and a dragonrider must work together to save humanity from destruction, despite numerous forces opposing them. Summers creates nearly a dozen distinct accents for the characters populating the various nations in the story, in addition to portraying several types of supernatural beasts. Queen Sabran's regal presence hides extreme vulnerability, Ead Duryan is an outsider with dangerous knowledge, and Tané's single arbitrary choice has disastrous consequences--all of which Summers captures perfectly in her performance. Sadly, an overly complicated plot detracts from Summers's strengths as a narrator, ultimately bogging down what could have been a stellar performance. K.M.P. © AudioFile 2019, Portland, Maine [Published: APRIL 2019]