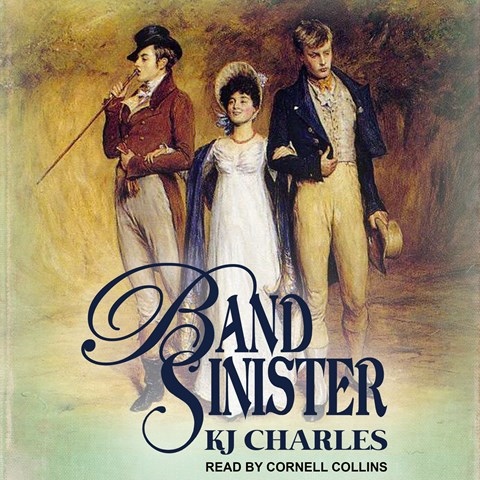 Cornell Collins delivers a spirited narration of a charming love story. Siblings Guy and Amanda Frisby are living in the country in genteel poverty when an unexpected series of events leaves them at the mercy of their neighbor, Sir Philip Rookwood. Guy and Amanda have been chafing at the restrictions placed on them for many years, although in different ways. Collins perfectly captures Guy's nervous downtrodden misery, as well as Amanda's pent-up rage--which is beginning to boil over. Similarly adept in his portrayal of Sir Philip, Collins slowly reveals him not a louche and wanton reprobate, but as a deeply principled man of honor. He also does an excellent job with the secondary cast as he brings the house party scenes vividly to life. K.M.P. Winner of AudioFile Earphones Award © AudioFile 2019, Portland, Maine [Published: APRIL 2019]