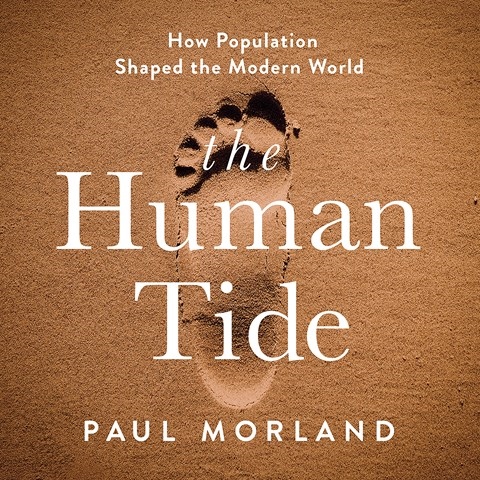 THE HUMAN TIDE How Population Shaped the Modern World

Veteran BBC broadcaster Zeb Soanes has just the right British tone for this fascinating and dense audiobook. His gives the text an intelligent reading. This audiobook details the impact of demographics on human history. Author Paul Morland, a research fellow at the University of London, argues that demography affects human destiny on a planetary scale. He highlights the role of England from its time as the workshop of the world to its peopling of its colonies, which spread the English language and culture worldwide. Packed with informed assertions--for example, older populations are less warlike than younger--Soanes interprets the trifecta of modern population causality--declining birth rates, increased longevity, and the pathways of migration. He is especially insightful on Russia, Japan, and the Middle East. A.D.M. © AudioFile 2019, Portland, Maine [Published: APRIL 2019]