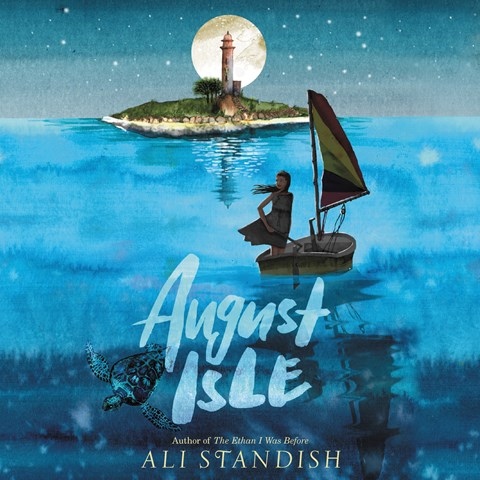 Narrator Kyla Garcia captures the vacation setting and intrigue of this light summer mystery. The summer before Miranda starts eighth grade, her parents send her to August Isle, Florida, to stay with her mom's oldest friend, who has a daughter her age, Samira. Miranda explores the place where her mother vacationed as a girl and finds a new friend in Sammy. But mysteries abound, and Miranda starts to uncover secrets about her mother's shadowy past. Garcia gives Miranda a calm voice that contrasts with Sammy's gushing enthusiasm. While Aunt Clare and Miranda's mom both have similar mature-sounding voices, other characters are given more distinct vocal markers, including the slight Indian accent of Samira's father, the Southern drawls of the locals, and even a Portuguese-speaking parrot. S.C. © AudioFile 2019, Portland, Maine [Published: APRIL 2019]