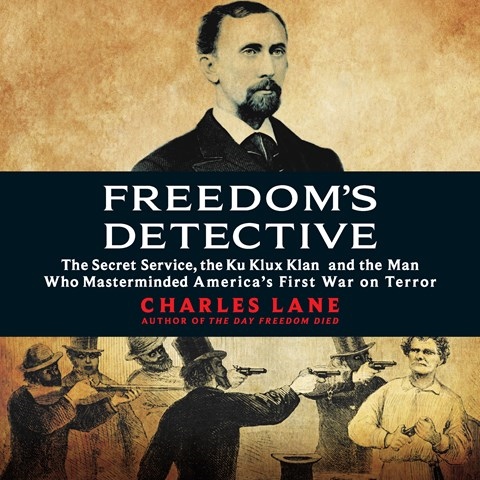 FREEDOM'S DETECTIVE The Secret Service, the Ku Klux Klan, and the Man Who Masterminded America's First War on Terror

This audiobook chronicles the battles freed slaves faced as they sought to exercise their new rights after the Civil War. Of particular menace was the recently created Ku Klux Klan. Federal efforts to thwart the Klan were led by the Secret Service and its controversial leader, Hiram Whitley--"the man who masterminded America's first war on terror." Jonathan Yen is an engaging narrator. His warm voice suits the material, which has more the tone of a story than a history. The audiobook is extensively researched, but the level of detail occasionally creates a challenge. Listeners are left wondering what some points have to do with the overall thrust of the work. The pace of later chapters quickens, making listening more pleasurable and easier to follow. R.C.G. © AudioFile 2019, Portland, Maine [Published: MAY 2019]