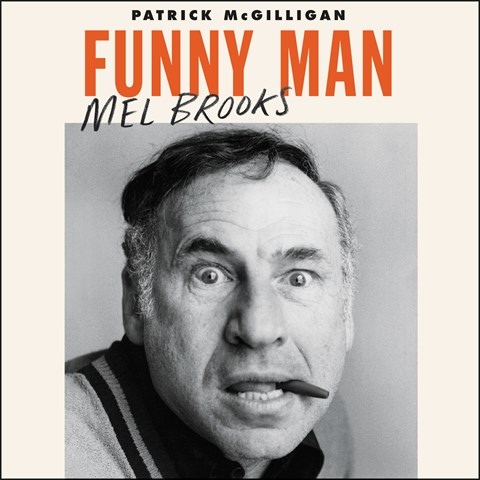 Film historian McGilligan offers the first full biography of comedy icon Mel Brooks. Narrator Stephen Hoye picks up on McGilligan's snarky tone, delivering the numerous negatives about the mercurial writer/actor/director/producer with admirable objectivity. Brooks, the comedy genius who created YOUNG FRANKENSTEIN, BLAZING SADDLES, and THE PRODUCERS, was also a fractious negotiator, a manipulative self-promoter, and a product of his time, when being "PC" wasn't considered important. Brooks's humor was often crude and rude, demeaning women and heavy on fart and fag jokes. Hoye's narration keeps die-hard Brooks fans hoping for some positives about the Oscar, Emmy, Tony, and Grammy winner--the "Nice Mel"--but those are few and far between. Perhaps it's better not to know our heroes too well. S.J.H. © AudioFile 2019, Portland, Maine [Published: APRIL 2019]