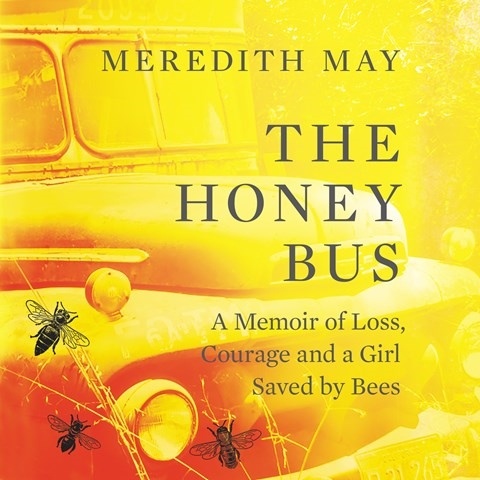 THE HONEY BUS A Memoir of Loss, Courage and a Girl Saved by Bees

by Meredith May | Read by Candace Thaxton

Candace Thaxton's almost wistful narration sets an appropriately nostalgic tone for this beautiful, perceptive memoir. From a young age, Meredith May and her brother were emotionally rejected by their divorced, mentally ill mother and treated coldly by their grandmother. Thaxton infuses Meredith's drug-addled mother with almost hysterical insecurity and her grandmother with a harsh indifference to the children's abuse. The guiding, loving adult in their young lives was Meredith's grandfather, an eccentric and thoughtful man who raised bees and harvested their honey in an old bus. Thaxton portrays Grandpa's sensible life lessons with gentle kindness. May's insightful writing--she became a successful newspaper reporter--reveals respect and affection not only for her grandpa but also for the lessons to be learned from bees. N.M.C. © AudioFile 2019, Portland, Maine [Published: MAY 2019]