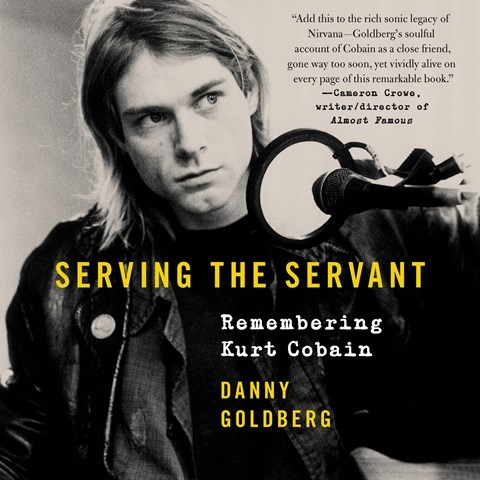 Rock musician Kurt Cobain was loved by millions but understood by only a few. One was manager Danny Goldberg, who narrates his book about his friend, sparing no detail, good or bad, about the founder of Nirvana. Goldberg's narration adds authenticity but reduces the craft of audiobook performance. He doesn't pause when he's supposed to, sometimes running one sentence into another--but his passion makes up for it. For hard-core and casual Nirvana fans alike, he explains Cobain's musical genius in creating a new sound. Most revealing are the anecdotes about Cobain's gentleness and caring for others, which is juxtaposed with his outbursts and self-destructive tendencies. Listeners will never look at the "Smells Like Teen Spirit" video the same way again. M.S. © AudioFile 2019, Portland, Maine [Published: SEPTEMBER 2019]