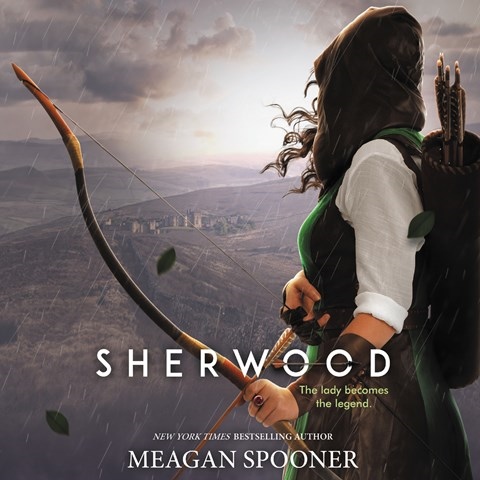 Narrator Fiona Hardingham's forceful tones embody the strength and resolve of Maid Marian, who is grappling with grief and anger in the wake of Robin of Loxley's death. As Marian undertakes an unusual and dangerous new role, Hardingham fully captures the characters in Spooner's take on the Robin Hood stories. From the nasal, aggressive Sir Guy, to the brave, clever Elena and Will, and to Marian's gruff, determined father, there are many villains and heroes for listeners to embrace beyond the intrepid heroine. Hardingham's pacing evokes danger and determination, though she occasionally slows when Spooner flashes back to Robin and Marian's adolescence. Together, Spooner and Hardingham offer an intriguing spin, adding new life to a familiar narrative. K.S.B. © AudioFile 2019, Portland, Maine [Published: JUNE 2019]