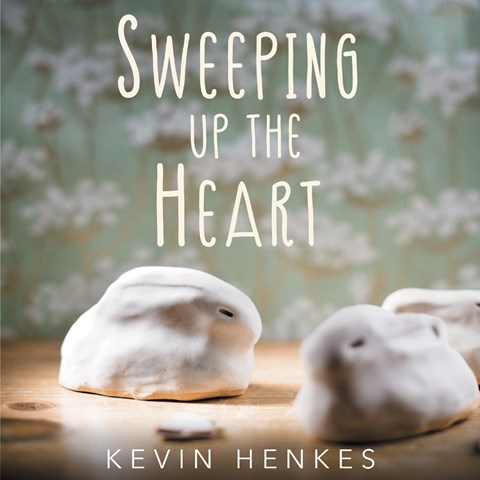 SWEEPING UP THE HEART

Narrator Lisa Flanagan's calm, uniform voice matches the tone of this sensitive story about two 12-year-olds who are navigating a new friendship and difficult emotions. Amelia's mother died when she was a baby, and her father is still emotionally distant and grieving. An artist, Amelia finds sanctuary is a nearby clay studio where she meets a kindred spirit in the owner's visiting nephew, Casey, whose parents are contemplating divorce. The story relies on observations of the characters' nuanced emotions rather than dialogue or fast-paced action, and this is where Flanagan shines. Her measured narration honors Henkes's lyrical language--but balances it with authentic, relatable portrayals of the two young people. S.C. © AudioFile 2019, Portland, Maine [Published: MARCH 2019]