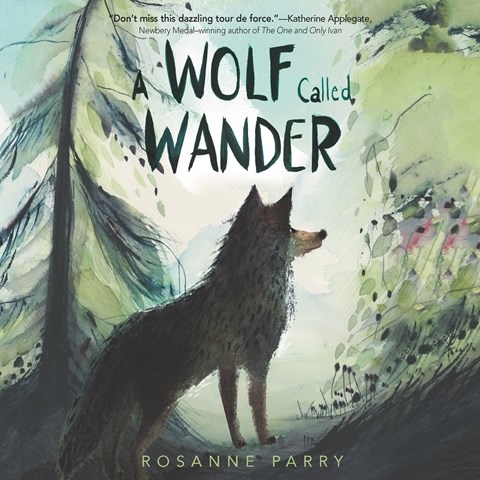 Narrator Kirby Heyborne enhances this beautiful story inspired by a real Oregon wolf. Swift, the fastest pup in his litter, is later called Wander, after he flees from his family during a vicious attack. As Wander matures, Heyborne skillfully alters his delivery of this first-person account. Listeners will travel with Wander through countless challenges, including crossing the black river (the highway) as he desperately seeks his family. Heyborne's vivid observations are atmospheric--it's enchanting when Wander befriends a raven who guides him. The best characterizations occur during a forest fire, when animals who are usually adversaries help each other escape. Also, the birth of a colt is deeply affecting. Wander's loneliness and longing for a mate are realistic, while the story's conclusion is believable and satisfying. S.G.B. © AudioFile 2019, Portland, Maine [Published: JULY 2019]