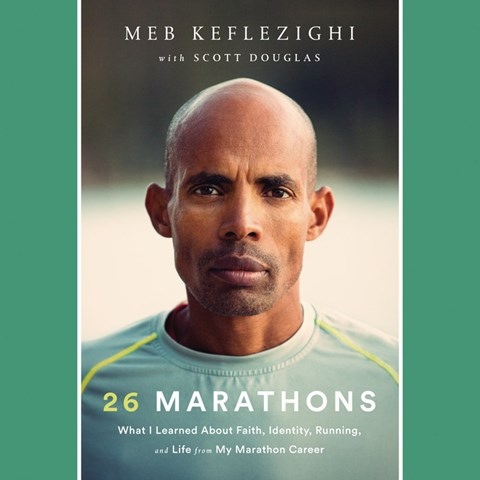 26 MARATHONS What I Learned About Faith, Identity, Running, and Life from My Marathon Career

Holter Graham doesn't sound like Meb Keflezighi, but he throws himself so wholeheartedly into this narration that you can't help but think: By God, that's him. When flying, never ever check your racing flats, he tells us. And speaking of shoes, be sure you've taken your Breathe Right strip out of the left one and put it on your nose before starting a 26.2-mile race. After his first-ever marathon in 2002, Meb told himself he never wanted to do that again. How fortunate for America that this former Eritrean didn't listen. Often he's crossed the finish waving his adopted country's flag. Meb medaled at the 2004 Olympics and came back from multiple injuries to win Boston in 2012, the year after the bombing. B.H.C. © AudioFile 2020, Portland, Maine [Published: MARCH 2020]