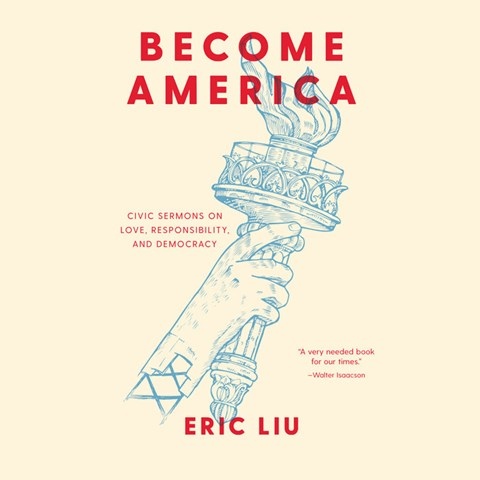 Narrating this timely invitation to become engaged with the political process, Eric Liu provides an appropriate tone of urgency. The audiobook is a collection of 19 "sermons," which he delivered at a progressive activist gathering that took place in response to the election of Donald Trump. Liu's performance is arresting, though he doesn't try to re-enact the preaching intensity and intonation of his original performance. He does add frequent asides and sounds charmingly connected with his audio listeners. The sermons themselves typically begin with short writings by historically important writers, followed by his own tightly organized and persuasive arguments for political engagement. Liu's vocal energy, striking in its authenticity and moral confidence, could be the spark needed to make ordinary citizens become activists. T.W. Winner of AudioFile Earphones Award © AudioFile 2019, Portland, Maine [Published: JUNE 2019]