Home»Reviews»CONFESSIONS OF AN INNOCENT MAN 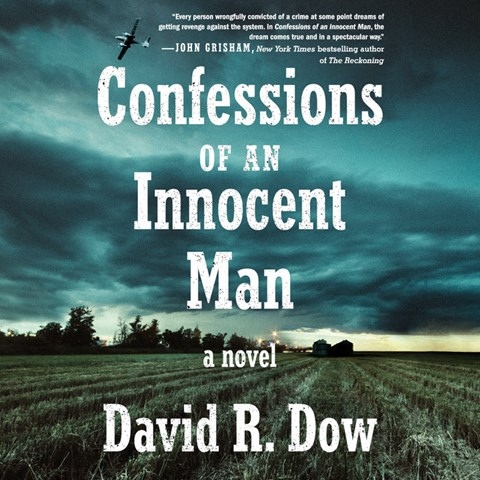 CONFESSIONS OF AN INNOCENT MAN

Narrator Henry Levya and author David R. Dow combine to deliver an emotional wallop with this first-person mystery focused on retribution. Levya convincingly inhabits the mind of Rafael, an Everyman who is thrust onto a Texas death row only to be spit out six years later. Dow's knowledge of Texas's death penalty system and its inhabitants is mind-blowing--a lawyer, he has represented more than 100 death row inmates--and his sparse, clear style illuminates these details. The plot might be a bit outlandish, the premise might be muddled, and the conversations between prisoners and captors might drift into the cerebral, but none of that detracts from the emotional and intellectual impact of this audiobook. As Rafael, the ex-chef, learns, revenge is a complicated dish, whether served hot or cold. R.W.S. © AudioFile 2019, Portland, Maine [Published: MAY 2019]