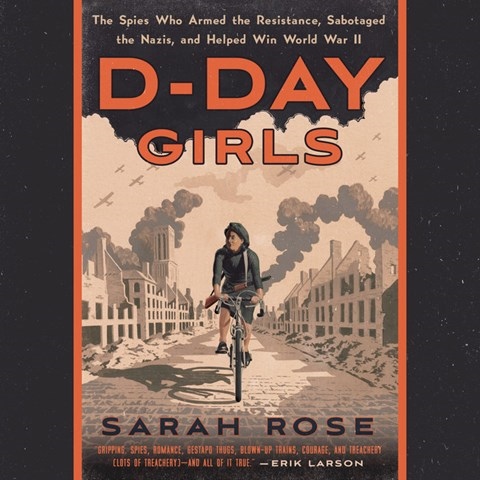 This audiobook follows three women of the SOE (Special Operations Executive), a British WWII spy agency . Andree Borrel, Odette Sansom, and Lise de Baissac were recruited during the occupation of France. Together they would destroy train lines, plot prison breaks, and gather crucial intelligence for the Allies. Author and narrator Sarah Rose reveals the incredible hardships these women endured to fight for France during Nazi occupation. Rose's voice reflects that. Her rhythm is brisk and vigorous; her pronunciation of French and German names and places is impressive. The actions the women instigated and the punishments they endured to liberate France were second to none. Rose's performance delivers a new perspective on women in war. E.E.S. © AudioFile 2019, Portland, Maine [Published: OCTOBER 2019]