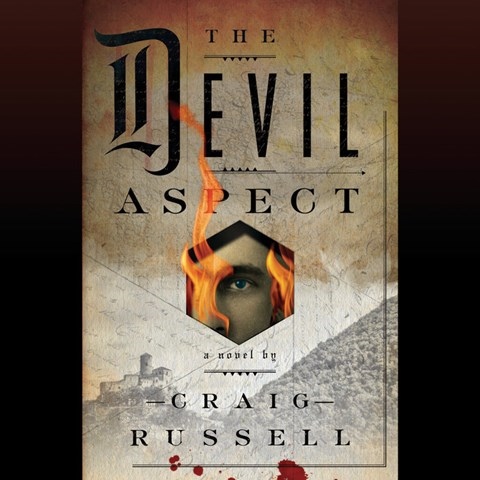 Julian Rhind-Tutt narrates this horrific story of serial killers who are inhabited by the devil. It's 1935 in German-occupied Prague. Jungian psychiatrist Viktor Kosárek is working at the infamous Hrad Orlu Asylum for the Criminally Insane, where he is interviewing six serial killers. At the same time, police investigator Lukas Smolak seeks the serial killer dubbed Leather Apron, who is imitating Jack the Ripper's murders. Rhind-Tutt uses a variety of British accents for the characters, varies his intonation for narrative and dialogue, and switches seamlessly between German, Czech, and other Slavic languages. He does swallow the ends of sentences and frequently drop his voice for dialogue while booming out narrative. Still, the story--replete with folklore and vivid scenes of murder most heinous, all sparked by the devil within--is compelling. M.B.K. © AudioFile 2019, Portland, Maine [Published: MAY 2019]