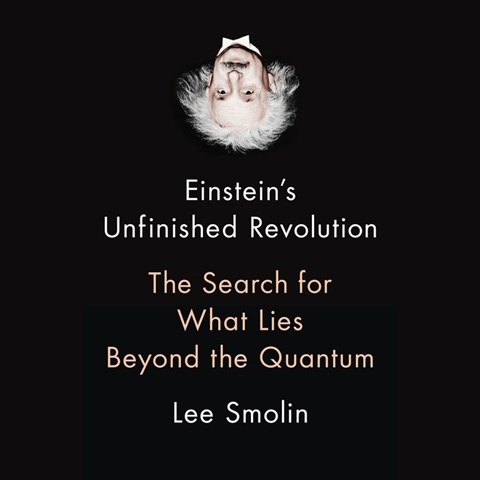 EINSTEIN'S UNFINISHED REVOLUTION The Search for What Lies Beyond the Quantum

Listeners are blessed with an award-winning English actor, screenwriter, and film producer narrating a lucid treatise on quantum theory by one of the most prominent quantum theorists of our day. Katharine McEwan sails through the audiobook without a stumble, despite the sometimes arcane terminology and names. Her accent and pronunciation are decidedly educated and British. Quantum physics is famously opaque and often seemingly self-contradictory; Smolin provides a friendly antidote. The central thesis is that, given the clash between between Einstein and Bohr's contradictory views of physical reality, there must be a greater unifying theory that encompasses both--we just don't know it yet. For example, which is fundamental, space or time? Smolin votes for time--so far. Intriguing. D.R.W. © AudioFile 2019, Portland, Maine [Published: SEPTEMBER 2019]