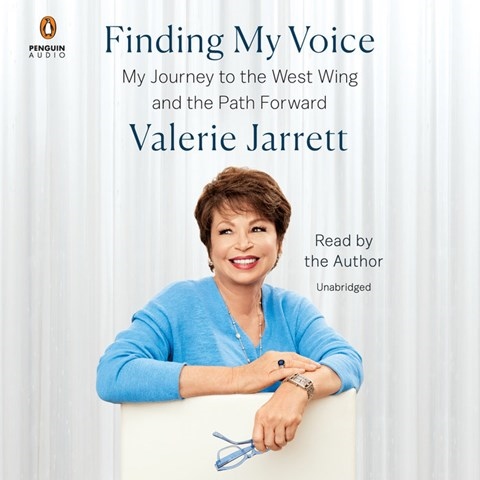 Political adviser Valerie Jarrett delivers her memoir of her experiences in the Obama administration in an even conversational tone that suits the text. As narrator, she exudes a confidence that makes her sound like someone capable and steady. These are clearly traits that served her well when she was at the center of hurly-burly Chicago politics and then in the trenches in Washington. Her recollections of her eight years as a senior adviser to President Obama reveal the consequential nature of their work and its historic results--the Affordable Care Act, the legalization of gay marriage, and the death of Osama bin Laden, among other advances. This insider's story gives listeners Jarrett's perspective on her role in decision-making at the highest level. It's also an account of the steady approach to governing that marked the Obama years. A.D.M © AudioFile 2019, Portland, Maine [Published: MAY 2019]